On January 13, 2022, Maltese & More was contacted by the Orange County Animal Care Center about four senior male dogs that were in dire need of immediate medical attention.

Ronnie was the one we were most concerned with. He should have weighed 5 pounds, instead, he was barely 3 pounds. Under our care, he gained a pound in one week.

Ronnie’s coughing was horrible, and he was immediately put on antibiotics along with cough suppressants. His congestion cleared up, but that cough was just incessant. Dr. Mike at Rose Canyon Animal Hospital diagnosed Ronnie with a collapsed trachea, the worst our rescue has ever experienced. Ronnie also suffered from a prolapsed rectum. Due to Ronnie's medical issues, he was not a candidate for anesthesia to perform surgery.

When we rescued him from the Orange County Animal Care Center, we honestly thought that we could really help this little guy. Sometimes no matter what you do, it is just not enough.

People asked us all time "how do you do it?" The answer is simple: we would rather know that we gave it our all. We would rather help these precious dogs and see to it that they are warm, well-fed, and loved instead of being alone and afraid in a shelter.

This guy hit our hearts hard. In a brief time, Ronnie left an indelible impression on our hearts and on our rescue.

Occasionally, when we rescue dogs from a shelter, we need to change their original name – mostly because we currently have a foster with that name. It’s almost inevitable that names get recycled and used more than once. Not Ronnie.

We have decided to officially retire the name. There will just never be another Ronnie.

Interested in making a donation in Ronnie's memory? Click here and help us continue our mission of rescuing dogs in need. 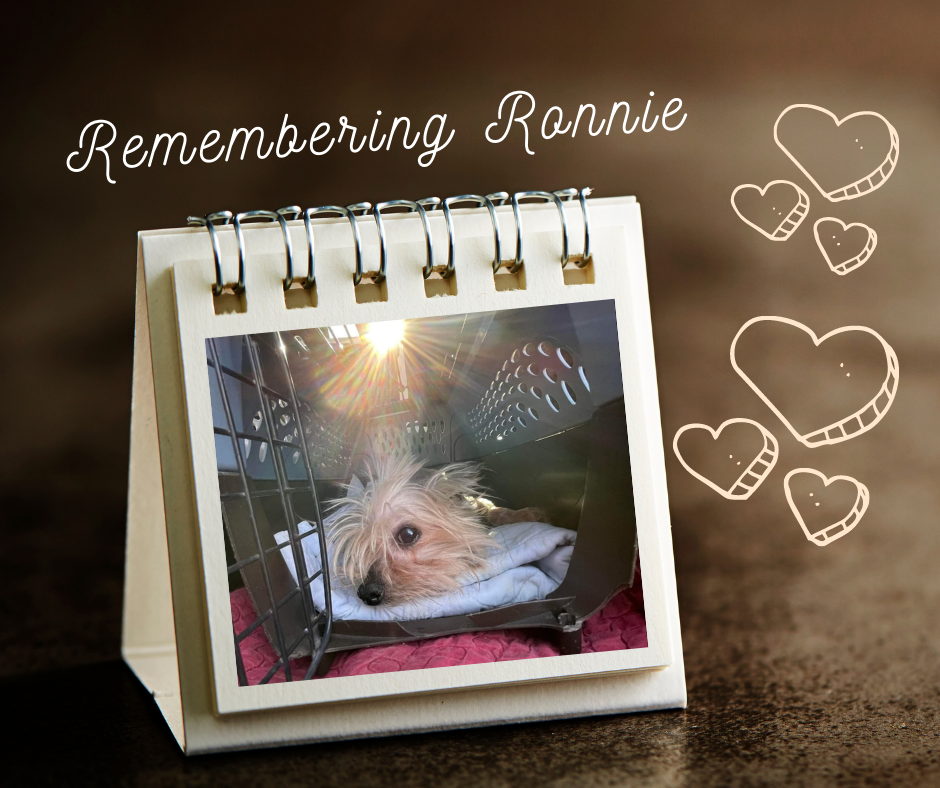